OMG! You Should Read This Book!! 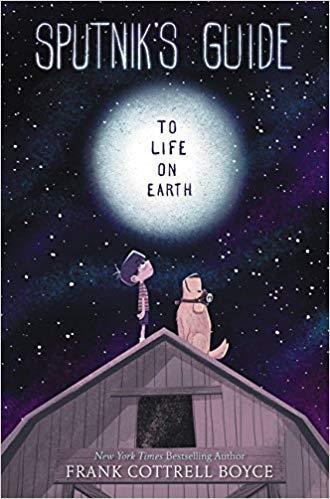 Prez Mellows lives with his increasingly forgetful grandfather until an incident that results in Granddad being sent away to be “sorted out.” Prez, electively mute, is taken in by the Blythes, a raucous farm family on Scotland’s southern border. Though the premise sounds grim, Boyce’s (The Astounding Broccoli Boy) story is anything but, and it’s kick-started by the arrival of Sputnik, a being visible to Prez as a “wee alien in a kilt and goggles,” and to everyone else as an adorable and exceedingly clever dog. Sputnik’s mission is to save Earth from impending doom by finding 10 worthy things about the planet to update a guidebook, originally written by Laika, the Russian space dog. His advanced knowledge of scientific principles combines with a penchant for mischief to produce an avalanche of kooky mayhem (working lightsabers are involved). It’s a funny and touching story about a boy who, through a transformative summer, learns to expand his definitions of family and home. “Home’s not a building,” as Sputnik tells Prez. “Home is other people, isn’t it?” 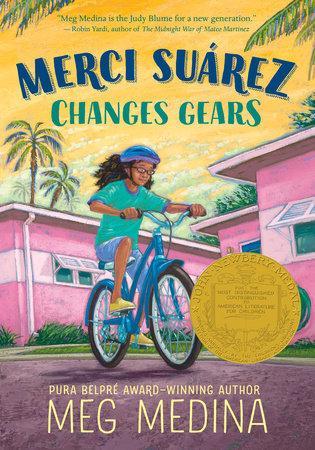 Merci Suarez knew that sixth grade would be different, but she had no idea just how different. For starters, Merci has never been like the other kids at her private school in Florida, because she and her older brother, Roli, are scholarship students. They don’t have a big house or a fancy boat, and they have to do extra community service to make up for their free tuition. So when bossy Edna Santos sets her sights on the new boy who happens to be Merci’s school-assigned Sunshine Buddy, Merci becomes the target of Edna’s jealousy. Things aren’t going well at home, either: Merci’s grandfather and most trusted ally, Lolo, has been acting strangely lately — forgetting important things, falling from his bike, and getting angry over nothing. No one in her family will tell Merci what’s going on, so she’s left to her own worries, while also feeling all on her own at school. In a coming-of-age tale full of humor and wisdom, award-winning author Meg Medina gets to the heart of the confusion and constant change that defines middle school — and the steadfast connection that defines family. 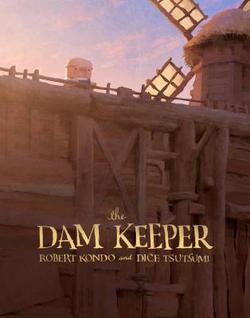 Life in Sunrise Valley is tranquil, but beyond its borders lies certain death. A dangerous black fog looms outside the village, but its inhabitants are kept safe by an ingenious machine known as the dam. Pig's father built the dam and taught him how to maintain it. And then this brilliant inventor did the unthinkable: he walked into the fog and was never seen again.

Now Pig is the dam keeper. Except for his best friend, Fox, and the town bully, Hippo, few are aware of his tireless efforts. But a new threat is on the horizon--a tidal wave of black fog is descending on Sunrise Valley. Now Pig, Fox, and Hippo must face the greatest danger imaginable: the world on the other side of the dam.